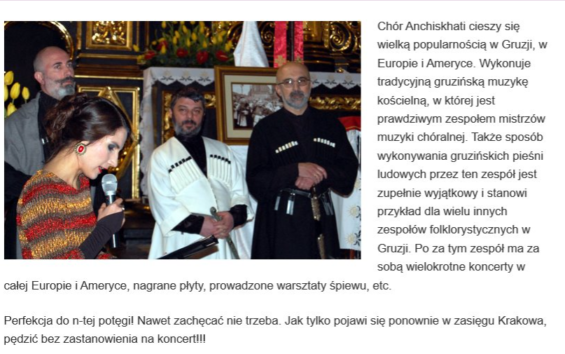 Yoanna organised and run a concert of the famous choir Anchiskhati, performing Georgian traditional music. The concert took place in Krakow, Poland, at the St Catherine of Alexandria Church, on 27 April 2014.

The concert was organised by the Association “Bridge to Georgia”, under the honorary patronage of the Ambassador of Georgia to Poland, Nikoloz Nikolozishvili and in the cooperation with the Krakow City Council.

Review of the concert on the site “Musical Cracow” (in Polish language).