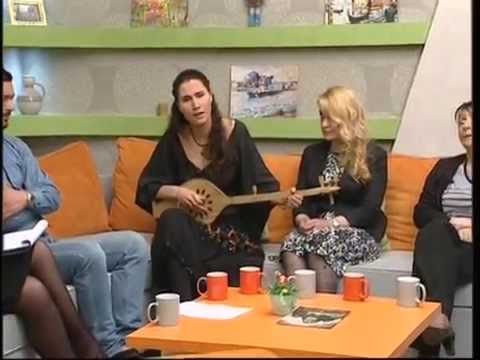 Yoanna was a guest of the Georgian TV Ertsulovneba afternoon program. She invited to the studio Prof. Rusudan Tsurtsumia and Prof. Nino Kalandadze, thanks to whom she had an opportunity to research on Georgian traditional music, as well as an interpreter and Yoanna’s good friend from the “Polonia” Union, Lela Papuashvili.

The conversation concerned the musical fascinations of Yoanna, traveling through various regions of Georgia and her life in Tbilisi.